Danielle Adkins was born and raised in Austin, Texas. She attended undergraduate school at the University of North Texas. She received her BA in Political Science in 2007 and minored in Criminal Justice. While at UNT she also played on the NCAA Division 1 Softball Team as a catcher and an outfielder. Mrs. Adkins became certified to teach 8-12 Social Studies in 2008. She received her Juris Doctorate from Texas Wesleyan University School of Law in 2012. Mrs. Adkins has a husband and a step-son. 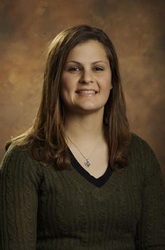